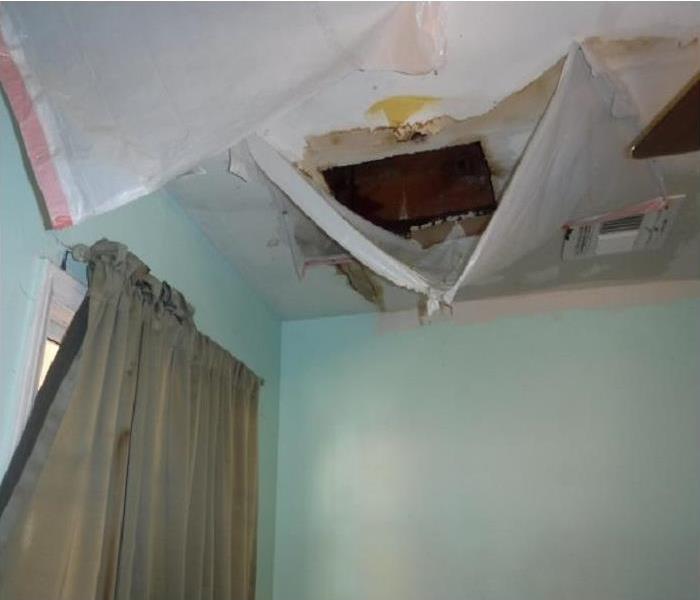 Water damage caused this ceiling to fall out and create even more damage for the homeowner.

According to the homeowner they had seen the bubbling of water in the ceiling for a few months but disregarded it hoping the water wouldn't cause any damage. After a large storm hit Southern California more water entered the attic/ceiling and caused the ceiling to fall through. After having a professional roofer out the property we were able to fix the hole in the ceiling and clean up the standing water in this bedroom. SERVPRO of Simi Valley is your neighborhood water mitigation experts. Just a few days later we had started removing all affected carpet and walls and dried out the room and within about a week they were able to set up furniture back into the bedroom and live peacefully knowing their water damage had been taken care of.